Alan, Head of Brand Strategy at Fin takes another look to explore any shifts in the data collected from 2015 and 2018 for this year’s research.

There’s a quote from Steve Jobs which I use often to kick-off my brand positioning presentations:

It’s a complicated and noisy world, and we’re not going to get a chance to get people to remember much about us. No company is. So, we have to be really clear about what we want them to know about us.
Steve Jobs

And, along the same thinking of information reduction, as much as I’ve pondered on the three bullet-point rule advocated by many PowerPoint devotees, they might have a valid argument. Whilst it’s debatable if three is the magic number, to ask someone to engage with up to a possible ten valid points on how great your company is, might be staring defeat in the face.

I question that Steve Jobs was a disciple of PowerPoint – more a Key Note kind of guy – however the central premise of keep it short does form a valid proposition in brand positioning through a succinct set of brand values that ideally act as the “operating instructions” of the company.

In 2015 I identified the brand values of leading investment companies. Fin published the results called ‘This year’s branding must-haves’. Q1 2018 seemed a good a time to take another look at the investment industry’s brand values and explore any shift in how companies describe their business culture to an investor, employee, or external stakeholder.

As in 2015 I reviewed the top 50 asset managers, listed by IPE and ranked by AUM. Other than a few who climbed or fell a position or two, or through M&A now appeared co-joined, the majority of companies remain today as they did in 2015. Through desk research within each investment company’s website I noted the given brand values, which at times were upfront and in the ‘shop window’, but in some, deep within the site. And, as I also identified in 2015, at times the values were within the Careers section. Unfortunately, one or two companies defeated my best endeavours to track down their brand values.

At the time I noted that:

Performance and Innovation have been knocked off the top spot [from my pre-2015 informal research], whilst Client First remains a strong favourite. What is very telling is the dominance of Teamwork and Integrity. Is this a wider example of our own experience of an attempt to use the brand to counter the concerns from investor and public alike of financial services losing its moral compass, and the highly publicised ungoverned maverick acting outside of the team?

An indication that the brand values were, perhaps, being used to embrace concerns and drivers in the wider society.

So up the ranking goes ‘Integrity’ and down goes ‘Teamwork’. ‘Innovation’ and ‘Client-first’ are hanging onto their top five place. ‘Performance slips out of the top five into number six, to be replaced with ‘Excellence’ which in 2015 was tenth in the list.

To reflect on my own results, I referenced another survey – The Value of Corporate Values – undertaken in 2005 by Booz Allen Hamilton (American management and information technology consulting company) and the Aspen Institute (a non-profit and non-partisan forum focused on values-based leadership and public policy). They conducted a global study of companies in 30 countries across five regions, with senior executives of 365 companies being polled, almost one-third of whom were CEOs or board members. The outcome of their survey identified the top five brand values as:

It seems the same values underpinning organisational behaviour have not changed significantly in the past 13 years! But what I noted is that whilst the top line message might not differ, the sub text can identify an evolving corporate culture now balancing employee engagement with client engagement.

I noted within the brand value vocabulary used for ‘Teamwork’ in 2015 was ‘Diversity’ and ‘Multicultural’, as well as the more obvious ‘Collaboration’. In 2018 I noted the same value of ‘Teamwork’ was referencing ‘Inclusion’ and ‘Respect’, with a number of the biggest names giving a presence and focus on these values within their websites: BlackRock’s ‘Inclusion and Diversity’; J.P. Morgan’s ‘A workplace for everyone’, Goldman Sachs ‘Diversity and Inclusion’.

These values send a clear signal that a company is reflecting society’s breaking down of, for example, barriers around gender, disabilities, LGBT, and ethnicity. Again, as in 2015, a company’s brand values being used to demonstrate their embodiment of the wider world’s changing attitudes.

But these values are also highly relevant within the smaller world of asset management, with some US pension clients now requiring diversity disclosure from managers seeking to win mandates. Also, the Securities and Exchange Commission in the US now asking asset managers to complete an eight-page survey into whether they have a written diversity and inclusion policy.

From the results of the 2005 research and my own 2015 and 2018 research, if I was to play Devil’s advocate, I might question if these core values statements really express what’s unique about a company? Are they generic statements also expressed by one’s peer group? Are they mere table stakes or the winning bet?

This is your brand and your opportunity to state what’s individual about your company in a world of homogenous brands and intangible products. You want to capture the experience which an investor, an employee, a partner company, has directly with you and not with the company next door, down the road, across the water.

I noted with interest an article by Denise Lee Yohn, a leading author and practitioner on building brands, that when working with a client on their core values she bans the words Ethical, Teamwork, Integrity, and Client-orientated. She sees these words as being mere box ticking by companies and don’t specify what is distinctive or uniquely valuable about a company.

So the big question is whether a company’s brand values deliver individual value, are they employed in any constructive way to build you a better company, are they embedded in everyday actions, or being used in a strategic direction for the business.

In the Booz Allen Hamilton and Aspen Institute research are the results of how companies actively reinforce their values in their organisation to enable employees to align with the values, and for executives to make decisions consistent with their values.

The top five results are that a company’s employees are consistently engaged with brand values through:

An interesting use of values which was ranked six is to offer non-monetary rewards to those who demonstrate a clear reinforcement of the brand values – a carrot rather than a stick.

With many companies going to great lengths, and expense, to engage with internal and external stakeholders to define their brand values, the next step is how do you use your company’s brand values to provide value to your company. This is summed up in another quote, soon to be also one of my favourites alongside Steve Jobs:

The ability to tell a compelling story has become a key differentiator but it’s not just a matter of dispensing a good investment story. Those groups that made the most brand progress used their stories to reveal a purpose or conviction beyond the simple delivery of performance.

To reveal to your stakeholders your purpose, conviction, and enduring principles of your organisation and to define your unique client experience beyond delivery, your brand values should:

Our design team read through the blogs of our design-industry peers and distilled them into ten points you’ll see across our 2017 Web Design Trends guide. 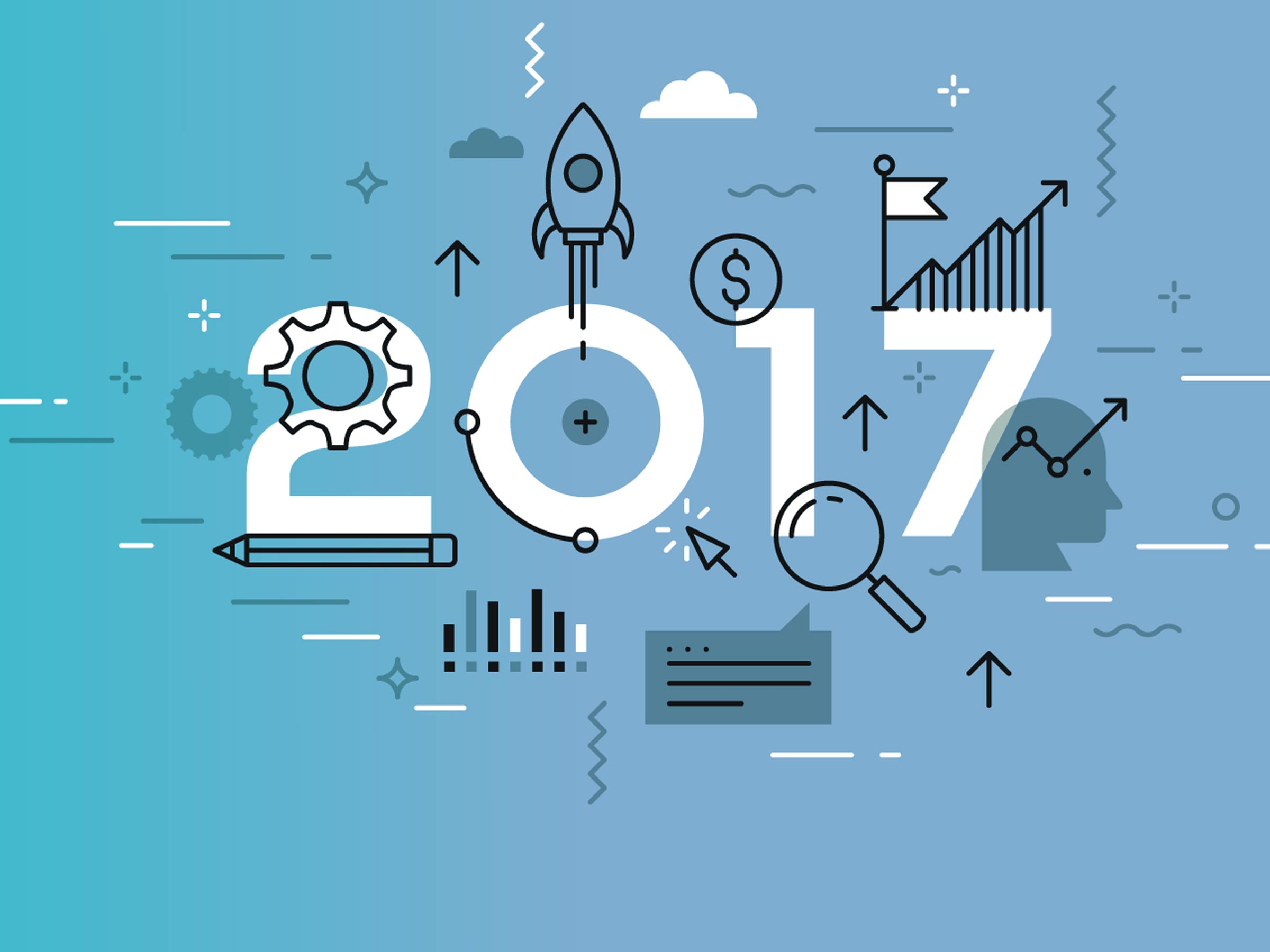